It’s been a while since I did a blogfest. I’m gearing up to publish my work under my & my friend Jinx’s imprint, Running Ink Press, and figured these are a great way to deliver into the hands of my potential readership a little teaser to entice them to purchase my work when it’s done.

The Broken Heart Blogfest is hosted by Dawn Embers at It’s in the Book. I hope you like this excerpt as much as I do. It’s from Chapter 18 (titled “House of Cards”) of my third completed novel, Office Politics. And please be sure to visit all the other entries. 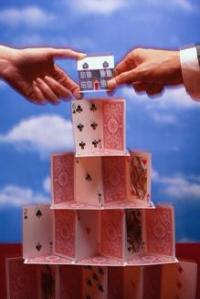 I stare at the papers flung all over his office—the remains of a five-hundred page report; the pens and pencils and paperclips scattered on the floor from the toppled receptacles; the mini-blinds yanked from the office window and laying in a mangled heap on the floor. The telephone handset hangs over the edge of the desk like a lynch-mob victim. I gaze at it, and I don’t know what draws me toward it, but I step over the wreckage and press the disconnect button. Then I press the outside line button twice and watch the display. My phone number flashes. So he had called me…and then for unknown reasons hung up before it rang.

I hurry out of his office and go back to my cube, where I sit motionless, my heart pounding, my mind frozen with clawing panic. No! Don’t let it happen, don’t let it be over!

The day drags and I admit I accomplish zero. Zilch. Nada. The blinds are closed between my cube and Stella’s and Gretchen’s, and I sit alone in my isolation, desperately trying not to panic. And when quitting time comes, I don’t wait for the others but run as fast as I can to my car and speed home. To my intense relief, I find Sam’s truck parked in a visitor’s slot in the parking lot.

“Where have you been? Did Malia wreck your office? Jesus, Sam, I’ve been worried sick!” I dump my purse by the front door and rush into the living room where he sits in the wing-back chair, elbows braced on his knees. My step falters and I stop, belatedly realizing that things are not okay.

Sam doesn’t look at me as he says quietly, “Sit down, Frannie. We have to talk.”

Since the dawn of mankind no good has ever come from a conversation preceded by these particular words. I know what’s coming like a meteor of doom; I don’t want to talk because that makes it real, but I sit on the edge of the sofa, because as we all know by now—let’s say it together—there’s nothing I wouldn’t do for Sam Harrison.

He looks up and I can’t help but recoil. His face is granite, his eyes ice, and there’s something uncompromising, unyielding, in his expression.

The breath leaves me, and I don’t think it’s ever coming back. “You…can’t mean that.”

“I do mean it. It’s been an incredible time, Frannie, but this is the end of the ride. I…have commitments elsewhere.”

I stand up, my legs numb, my heart exploding. “ Are you out of your fucking mind?” My voice is a stranger’s: controlled, hard, inflexible. “You told me you’d never go back to her. You said you loved me!”

“It worked, didn’t it?” A cool smile curves his mouth but doesn’t reach his eyes.

“Oh, bullshit, Sam!” I yell, trying not to show that he just struck a mortal blow. I’ll bleed later. I’ll lay down and die respectably. But here and now it’s war, because I know this can’t be happening, this isn’t the Sam I know, and I refuse to believe that I love a lie.

“You can’t fake what was between us! You don’t honestly expect me to believe that this was all just a fling while she was in rehab and now she’s out and crooks her finger and you go running. You forget I’ve known you for five years. I know who you are—” I take a step toward him and he holds up a hand.

I stop, my hand falling to my side. “I know who you are inside,” I finish quietly. “You can’t fake that.”

“But I did.” He stands up, his hand going into his pocket for his keys. There’s no stopping the inevitable; he’s leaving, it’s over, and in a moment that will come all too soon my heart will shatter and I will lose my mind.

I take a deep breath, trying to get enough air. I feel as though an elephant flopped on my chest. “I don’t know what happened. I saw your office—that didn’t look like the work of the calm, cold man you’re trying to be. But go on—leave if that’s what you think you have to do. But I’m not the one who’s lived a lie; that’s you.”

Sam gazes at me impassively for a long moment, then he gives a half-smile. “Whatever gets you through the night, Fran.” He pauses at the door. “See you around.”

I don’t remember the moment the door closed, because every molecule of my being is attuned to the sound of his truck engine starting. That’s when I can crumble; when I can admit my house of cards, built on a man of sand, has tumbled down; when I can fall into desolation and wail my misery to the sky. But not a moment before, because I don’t know why he’s doing this, but he is definitely leaving. He doesn’t deserve to witness my heart breaking.

The truck rumbles to life, he revs the engine, and I hear him speeding down the street. The tires squeal as he takes the corner too fast. But still the tears don’t come. I find myself on the floor, holding the phone in one hand and clutching a frantically meowing Penguin to my chest with the other, but I can’t think of anyone to call. Gretchen is angry with me, and I can’t face her I told you so’s; Morgan had dinner plans with her mother; and Stella…well, Stella’s solution would be to drink enormous quantities of tequila and take home a version of Enrique.

Finally I press a button for a preprogrammed number. When in peril one calls for a hero, and now I call for mine.

At last I shatter, into so many pieces they can never all be found. 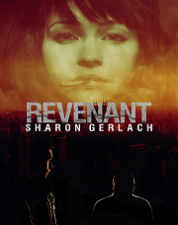 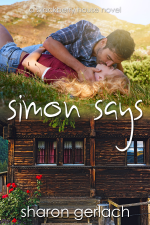