I have no New Year’s resolutions; I rarely make them because I know I won’t follow them. So instead, I make a few goals, and if I’m diligent (and lucky), I achieve them. Before I reveal those goals, here is a recap of 2009: 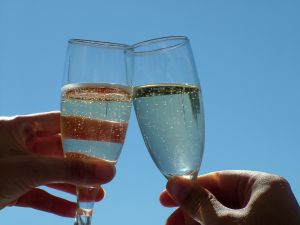 As I said, I make no resolutions, mostly because I don’t like to make promises that I can’t keep. So instead I make a few goals that I think are attainable. Here are my goals for 2010:

I think that’s about all I’ll be able to manage without imploding.