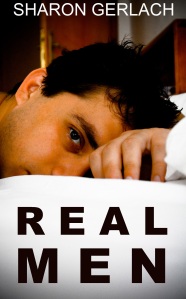 Deanna Adams thought her life idyllic: a handsome husband who provides a luxurious lifestyle, two perfect children, and a stunning – if cavernous – home. But Perry’s definition of ideal doesn’t include his wife’s country-chic decorating style and playing daddy. He longs for the hip, sleek, modern lifestyle he enjoyed before he and Deanna married. A week before their annual Christmas dinner-party bash, Perry drops a bomb on Deanna’s perfect life: he’s leaving her. And the children. For an ugly-duckling colleague Deanna herself turned into a swan.
Deanna thinks it can’t possibly get worse. But Perry’s not done yet. He cleans out the bank account, leaving her a sum total of $2400 – half of which is owed to the housekeeper – and refuses to pay support of any kind. Month by month, Deanna’s circumstances grow more dire.

Perry’s actions don’t sit well with Christian Foster, his best friend and the children’s godfather, especially after he checks in on Deanna and finds her and the children living without electricity, heating water over a fire of Presto logs and free mill ends – their only source of heat.

Now he’s faced with his scoundrel friend, whose antics have been growing tiresome for a long while; and struggling Deanna, the mother of his godchildren – the children for whom he promised to care in the event of catastrophe. Christian has always believed that real men don’t run away from responsibility, no matter whose responsibility it is, and he knows his choice is clear.